“God can do more through you than you could ever imagine, if you will simply put yourself on the altar, and say, Yes, Lord.”

Adam W. Greenway was elected as the ninth president of the Southwestern Baptist Theological Seminary on February 27, 2019.

A Southwesterner himself (M.Div., 2002), Greenway has intentionally built upon the rich legacy handed down to Southwestern Seminary by the hundreds of men and women who’ve served on Seminary Hill over more than one hundred years.

His vision for Southwestern Seminary is the same as has been in place since the seminary’s founding: dedication to a high view of Scripture, commitment to the Baptist Faith and Message 2000, active pursuit of the Great Commission, and cooperation for the cause of the Gospel.

A native of Frostproof, Fla., Greenway is a 1998 graduate of Samford University who earned a Master of Divinity degree from Southwestern Seminary in 2002. He went on to earn a Ph.D. in Evangelism and Apologetics from Southern Seminary in 2007. In 2016, Greenway completed a Master of Nonprofit Administration degree at the Mendoza College of Business at the University of Notre Dame.

As a student on Seminary Hill, Greenway met his wife Carla. They have been married since 2003 and have two children, Wade and Caroline. Carla Greenway, a 2002 Master of Arts in Christian Education graduate of Southwestern Seminary, has served several Southern Baptist churches in children’s and family ministry roles, as well as in Christian school administration.

Adam W. Greenway is widely known in Southern Baptist circles as a committed evangelist, serious scholar, and proven administrator. Before being elected president of Southwestern, Greenway served as dean of the Billy Graham School of Missions, Evangelism and Ministry at Southern Baptist Theological Seminary. Under his leadership, the Billy Graham School experienced record enrollment. When he was appointed dean in 2013, the school had 1,381 total students, 501 of which were M.Div. students. At his departure, there were over 2,100 total students and nearly 1,000 M.Div. students.

Request Dr. Greenway to speak at your event

To request Dr. Greenway to speak at your event please fill out the form below. For any additional questions, please email presoffice@swbts.edu.

One of my greatest joys in my previous role as @SBTS @Graham_School dean was recommending the hiring of @al2ostaz. His latest book is out and I received this copy of it today. Thankful he is a @SWBTS graduate and grateful for all of our alumni serving at sister @SBCCP seminaries. 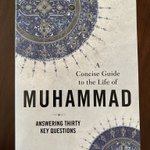 On a day-to-day basis, there are no closer working relationships that I have than with my three VPs, @bskaug, @ColbyAdams, @EdwardUpton, and my chief of staff, @HeathWoolman. Without this “fab four,” I could not carry out all that is entrusted to me as @SWBTS president. Thankful!

Above the front entrance to the BHC Memorial Building neath the iconic @SWBTS Dome is a frieze of 21 heroes of the faith—each one firmly committed to biblical orthodoxy and Baptist distinctives. They testify that neither liberalism nor fundamentalism are ever to find a home here. 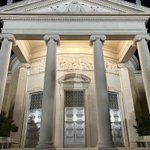