President; Professor of Evangelism and Apologetics (All School Faculties) 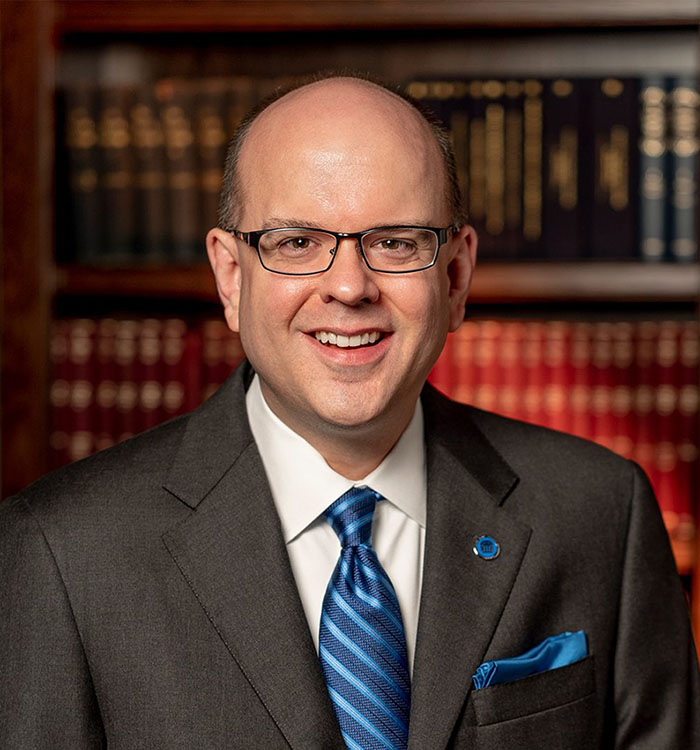 
Adam W. Greenway was elected as the ninth president of the Southwestern Baptist Theological Seminary on February 27, 2019.

A native of Frostproof, Fla., Greenway is a 1998 graduate of Samford University who earned a Master of Divinity degree from Southwestern Seminary in 2002. He went on to earn a Ph.D. in Evangelism and Apologetics from Southern Seminary in 2007. In 2016, Greenway completed a Master of Nonprofit Administration degree at the Mendoza College of Business at the University of Notre Dame.


As a student on Seminary Hill, Greenway met his wife Carla. They have been married since 2003 and have two children, Wade and Caroline. Carla Greenway, a 2002 Master of Arts in Christian Education graduate of Southwestern Seminary, has served several Southern Baptist churches in children’s and family ministry roles, as well as in Christian school administration.

Adam W. Greenway is widely known in Southern Baptist circles as a committed evangelist, serious scholar, and proven administrator. He has co-edited two books—The Great Commission Resurgence: Fulfilling God’s Mandate in Our Time and Evangelicals Engaging Emergent: A Discussion of the Emergent Church Movement—and has contributed to several others.

Before being elected president of Southwestern, Greenway served as dean of the Billy Graham School of Missions, Evangelism and Ministry at Southern Baptist Theological Seminary. Under his leadership, the Billy Graham School experienced record enrollment. When he was appointed dean in 2013, the school had 1,381 total students, 501 of which were M.Div. students. At his departure, there were over 2,100 total students and nearly 1,000 M.Div. students.

As a leader in the Southern Baptist Convention, Greenway has a long history of service. At age 34, he was elected chairman of LifeWay Christian Resources’ Board of Trustees, becoming the youngest trustee chairman in LifeWay’s history. He has also served as an assistant parliamentarian for the Southern Baptist Convention since 2016, vice-chairman of the 2017 SBC Committee on Nominations, and is the current chairman of the SBC Committee on Order of Business.

In addition to his denominational service, Greenway has served as pastor and/or interim pastor of a dozen churches across Kentucky, Illinois, Indiana, Ohio, Texas and Florida.

It’s going to be a #SWBTSChapel you’ll not want to miss tomorrow as we welcome @hbcharlesjr back to the @SWBTS and @TXBaptCollege campus as our preacher of the day. Join us @ 10am CT in-person in MacGorman Chapel or online. http://swbts.live

We celebrated the 100th anniversary of the @SWBTSMusic and Terry Schools at @SWBTS during our fall BOT meeting this week. They were the first and are the last freestanding schools of their kind in the world of accredited theological education. #SWBTSLegacy
https://swbts.edu/news/faithfulness-of-terry-school-scmw-marked-during-centennial-anniversary-celebration/

With Jeff Bingham’s promotion to research professor, naming to the Jesse Hendley Chair of Biblical Theology, and appointment as our Center for Early Christian Studies director, we honor one of @SWBTS’s best. With @drgwills as SOT dean, our future is bright.https://swbts.edu/news/wills-named-dean-of-school-of-theology-bingham-elected-research-professor-during-southwestern-seminary-trustee-meeting/

I know of no one more synonymous with healthy churches and who in himself embodies more of what we want to see happen through our @SWBTSRevitalize than the 7th president of @SWBTS, @KenHemphill. Grateful for this act by our trustees to honor my president.
https://swbts.edu/news/trustees-name-center-for-church-revitalization-in-honor-of-southwestern-seminarys-seventh-president-kenneth-s-hemphill/

I’m grateful for @InTouchMin Foundation’s generous gift of $2M to establish at @SWBTS w/full funding the Charles F. Stanley Chair for the Advancement of Global Christianity. Thankful we will be able to honor in perpetuity this distinguished Southwesterner.
https://swbts.edu/news/charles-f-stanley-chair-for-the-advancement-of-global-christianity-established-by-southwestern-seminary-trustees/