Dr. Chuck T. Lewis began his musical journey playing piano for Fairview Baptist Church, a small country church in rural South Carolina.  The love of music, ministry, and students led him to become a high school band director at Batesburg-Leesville High School also in South Carolina. After completing a Master of Music Education at the Florida State University, Lewis surrendered his life to full-time vocational service to the Lord.  Convinced that a call to ministry also meant a call to be thoroughly equipped, Lewis journeyed to Southwestern Baptist Theological Seminary where he completed a Master of Church Music in 1993.

From 2011-2019, after almost two decades of serving the local church, Lewis accepted an invitation to equip the next generation of worship leaders through the Department of Biblical Worship at The Southern Baptist Theological Seminary.  Concurrently, he served as worship pastor at Hurstbourne Baptist Church in Louisville, Kentucky from 2016-2019.

In 2019, Lewis returned to his alma mater, Southwestern Baptist Theological Seminary, to serve as Associate Dean of the School of Church Music and Worship and Professor of Church Music and Worship.  Coupled with administrative responsibilities, Lewis gives primary leadership to the development of the Worship Ministry training degrees at both the undergraduate and graduate levels.

Lewis’s life’s objective is to equip men and women to serve, love, and lead God’s people in authentic, Christ-centered, gospel saturated worship to the end that God would be glorified, his church edified, and the world evangelized.

"Her children rise up and call her blessed..." Proverbs 31:28a
Wishing all moms a Happy Mother's Day. 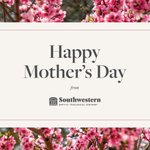 Course enrollment is open for Summer and Fall 2021! View the list of available classes and access the registration portal at http://swbts.edu/register. Fall classes begin August 16. Summer courses begin May 10, but are offered weekly throughout the remainder of the summer. 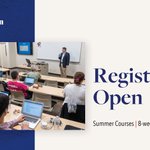 Do you feel called to Christian ministry? At #SWBTS, we offer a broad range of M.Div. programs, each tailored to equip students for their particular calling in ministry. Learn more: https://swbts.edu/degree/master-of-divinity-degrees/

The RAC offers private/individual or group swim lessons for children ages 1-12 and teens 13-16. Swim lessons will begin on Saturday, May 15. Registration forms can be picked up at the RAC Control Desk or downloaded at http://swbts.edu/rac under the "RAC Swim Lessons" tab.

Planning to attend #SBC21 in Nashville, TN, on June 13-16? Join us at the following events: 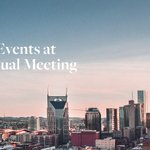