I was born September 26, 1939 in Wichita Falls, Texas and was raised in that town and area until I went to college at Hardin-Simmons University in Abilene, Texas in 1958. I received a call to the preaching and pastoral ministry in 1958, so my whole educational career was for that purpose. While at Hardin-Simmons I met and married Emilee Griffith in 1961. We have two boys, Gary and Sam. They each have two children. Gary is also a graduate of Hardin Simmons and is an Internal Medicine Physician in Dallas, while Sam, who was born in Venezuela, lives and works as the Minister of Missions in the Coggin Avenue Baptist Church in Brownwood, Texas.

We received a call to foreign missions in 1971 and were appointed to serve at the Baptist Seminary of Venezuela that same year. We studied Spanish in Costa Rica for the year of 1972, arriving in Venezuela in December 1972. Our son Sam was born a year to the day of our arrival in the country, which was December 17, 1973. We served at the Baptist Seminary until 1991, teaching in the areas of Christian ethics, church and Baptist history, and missions. For the last 3 years of serving in that country I was elected by the Baptist Convention of Venezuela  to be the Executive Secretary of their Board of Missions and Evangelism, supervising and training 27 missionary couples across that country and two missionary couples in Panama and Bolivia. In 1991, I was elected by the Foreign Mission Board to be the Area Director for the nine Spanish speaking countries of South America. I served in that role until 1998, when we retired from missionary service.

I was elected to the faculty at Southwestern Seminary in the fall of 1998, after serving all that year as an adjunct professor of Christian Ethics. My role here at the seminary has been to be the chairman of the ethics department most of the 15 years that I have served on the faculty. In the last five years (2009 -2014), I have had the privilege of teaching in our 2+2 program of training our seminary apprentice missionaries in Prague, Czech Republic and Chiang Mai, Thailand. There have also been other international teaching opportunities in Spain, Mexico, Guatemala, Uruguay, Venezuela and Cuba. I  began a semi-retirement in August, 2013, and at present my status is that of being a Senior Professor of Christian Ethics.

Don't miss the opportunity to hear from our #SWBTS faculty @ncshirley, @KenHemphill, @richardross, @dr_mckellar, and @KarenKennemur during the pastoral and age-graded workshops at the Preaching and Teaching Galatians Conference. Register today! https://swbts.edu/events/preaching-teaching-galatians/

At #SBC21 we released quite a few new items that are now available in our campus store. If you have been waiting to get one of the new #SWBTS mugs, now is the time. Order your handmade mug and other swag here: https://www.seminaryhillbookstore.com/ 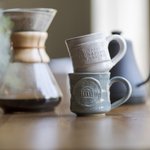 If you weren't able to pick up the latest issue of The Hill at #SBC21, you're in luck! You can sign up to receive our quarterly magazine directly to your mailbox. To sign up, fill out the form through this link. http://swbts.edu/magazine 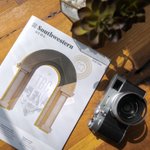