Dr. Blaising serves as senior professor of theology in the School of Theology. He has served in a variety of academic and administrative roles at Southwestern including Jesse Hendley Chair of Biblical Theology, distinguished research professor of theology, dean of the School of Theology, and executive vice president and provost. Previously he taught at the Southern Baptist Theological Seminary and Dallas Theological Seminary.

Dr. Blaising has published articles in the following academic journals, The Criswell Theological Review, The Journal of the Evangelical Theological Society, The Master’s Seminary Journal, Bibliotheca Sacra, Pro Ecclesia, The Wesleyan Theological Journal, The Southern Baptist Journal of Theology, Churchman, and the Southwestern Journal of Theology. He has contributed to several theological works, including the Evangelical Dictionary of Theology, the Encyclopedia of the Early Church, the Handbook of Evangelical Theologians, the Bible Knowledge Commentary, and the Christian Educators Handbook on Spiritual Formation. He has published articles in a number of works dealing with eschatology, such as Three Views of the Millennium and Beyond (Zondervan, 1999); Three Views of the Rapture and the Tribulation (Zondervan, 2010); The Return of Christ: a Premillennial Perspective (B&H, 2011); as well as articles on Israel and Biblical Theology in The New Christian Zionism (IVP, 2016); The People, the Land and the Future of Israel (Kregel, 2014); Israel, the Church, and the Middle East Conflict (Kregel, 2018). He has contributed to Journeys of Faith: Evangelicalism, Eastern Orthodoxy, Catholicism, and Anglicanism (Zondervan, 2012); Forgotten Songs: Reclaiming the Psalms for Christian Worship (B&H Academic, 2012); In Defense of the Bible: A Comprehensive Apologetic for the Authority of Scripture (B&H, 2013); Understanding the Gospels: A Guide to Preaching and Teaching (Kregel, 2017). He co-edited Psalms 1-50 in the Ancient Christian Commentary on Scripture (IVP, 2008) and has published works on progressive dispensationalism including Dispensationalism, Israel, and the Church: The Search for Definition (co-editor and contributor, Zondervan, 1992) and Progressive Dispensationalism (co-author, Baker, 1993). He was honored by former students and fellow scholars with a festschrift in 2015:  Eschatology: Biblical, Historical, and Practical Approaches, ed. D. Jeffrey Bingham and Glenn R. Kreider (Kregel).

Dr. Blaising is a member and past president (2005) of the Evangelical Theological Society, and holds memberships in the International Association for Patristic Studies, the North American Patristics Society, the Institute for Biblical Research, and the Society of Biblical Literature.

Dr. Blaising is married to Diane, and they have two grown children.

We've been looking forward to this day all summer. There's nothing quite like the hustle and bustle of the first day of classes.

What are you most looking forward to this semester? 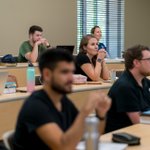 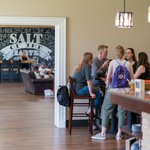 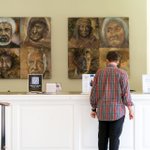 Here at #SWBTS, we are committed to training even the smallest of Southwesterners. That starts with the Southwestern Music Academy through @SWBTSMusic.

You can register your child for one of the many music classes offered this semester at http://swbts.edu/sma.

What better way to beat the Texas heat than a friendly game of Slip-n-Slide Kickball?

We think it's safe to say this semester is going to be a good one! 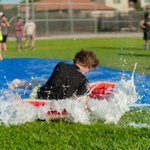 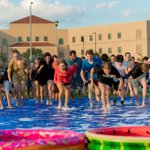 As we begin the final day of New Student Orientation, we are so excited to see how the Lord uses each of these students during their time on Seminary Hill. 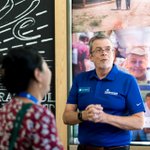 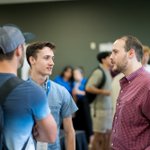